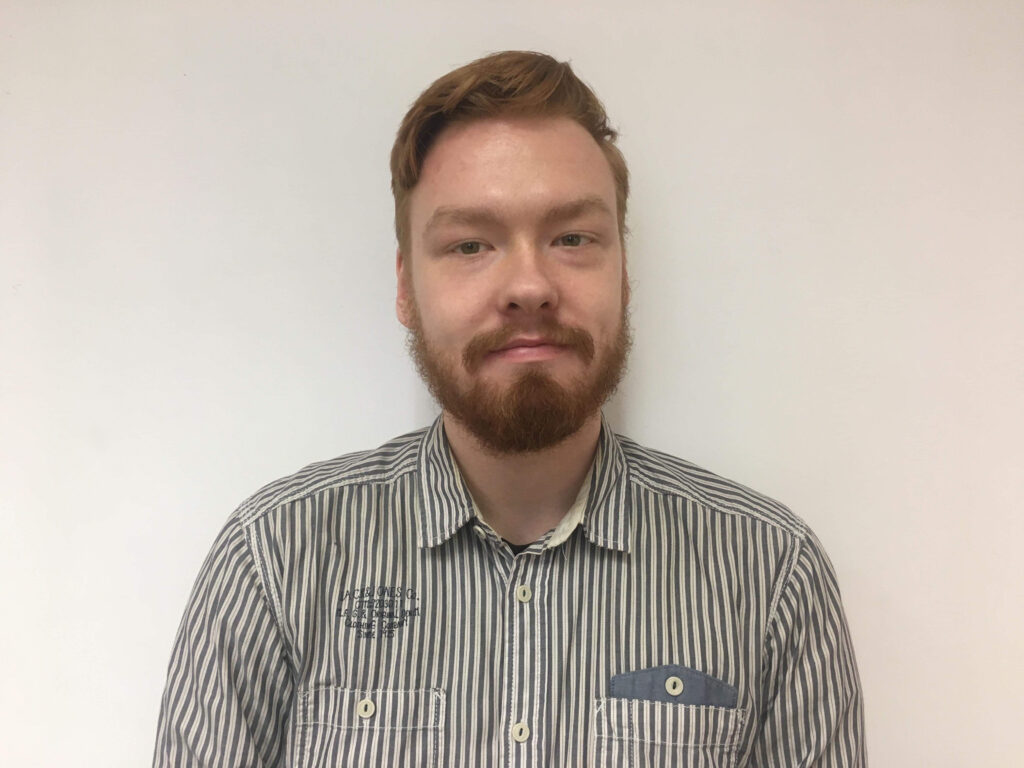 Tyler Arthur is a sports writer and social media manager with an extensive background in American Football as a player, coach, journalist, analyst and fan.

Tyler studied Journalism at De Montfort University, where he was first introduced to American Football. He joined the DMU Falcons and demonstrated a natural aptitude for the sport, leading the team to a Division 2 Championship victory as Quarterback. His passion for the game quickly extended off the field, and he became involved in coaching the team as well as managing their social media presence.

Tyler’s journalistic background has seen him take on a number of roles as a sports writer, analyst and social media correspondent, both during his studies and after graduation, while working as a freelance writer and editor. He’s contributed to a number of leading British American Football websites including The Touchdown and Read American Football, as well as playing a major role in the growth of Gridiron Hub’s online community.

Not content to remain behind a computer screen, Tyler has delivered in-person coverage and analysis from sporting events and games, including the NFL International Series at Wembley. This has given him the opportunity to meet and interview a number of high-profile NFL players, including Aaron Donald, Christian McCaffrey and – a personal bucket-list experience for this committed Las Vegas Raiders fan – Derek Carr.

Excited about UKFL?
Here's how you can help us build something amazing:

Invest in UKFL and help us build a platform for exceptional American Football in the UK.
INVESTOR INFORMATION

Want to help us build UKFL? Contact us to find out how you could get involved.
CONTACT US

We use cookies on our website to give you the most relevant experience by remembering your preferences and repeat visits. By clicking “Accept”, you consent to the use of ALL the cookies.
Cookie settingsACCEPT
Manage consent

This website uses cookies to improve your experience while you navigate through the website. Out of these, the cookies that are categorized as necessary are stored on your browser as they are essential for the working of basic functionalities of the website. We also use third-party cookies that help us analyze and understand how you use this website. These cookies will be stored in your browser only with your consent. You also have the option to opt-out of these cookies. But opting out of some of these cookies may affect your browsing experience.
Necessary Always Enabled
Necessary cookies are absolutely essential for the website to function properly. These cookies ensure basic functionalities and security features of the website, anonymously.
Functional
Functional cookies help to perform certain functionalities like sharing the content of the website on social media platforms, collect feedbacks, and other third-party features.
Performance
Performance cookies are used to understand and analyze the key performance indexes of the website which helps in delivering a better user experience for the visitors.
Analytics
Analytical cookies are used to understand how visitors interact with the website. These cookies help provide information on metrics the number of visitors, bounce rate, traffic source, etc.
Advertisement
Advertisement cookies are used to provide visitors with relevant ads and marketing campaigns. These cookies track visitors across websites and collect information to provide customized ads.
Others
Other uncategorized cookies are those that are being analyzed and have not been classified into a category as yet.
SAVE & ACCEPT